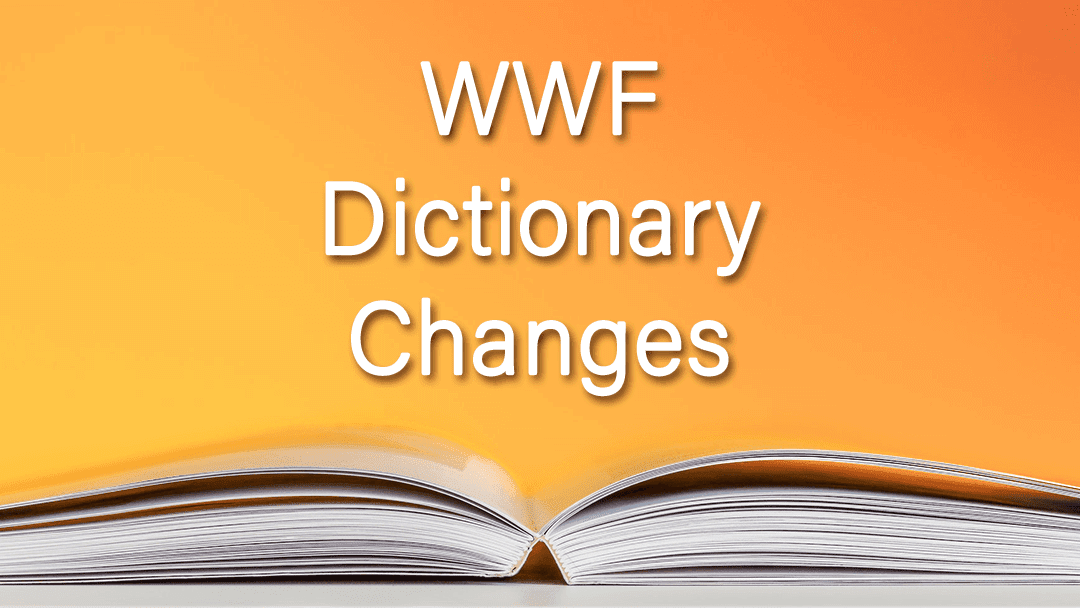 Update 30 Oct 2020 - Zynga has backed out many of their previous dictionary changes. More info coming soon

A new update to the Words With Friends dictionary has just launched in the game and on our website. There are some interesting changes that may seem like they are for the better and others that may be controversial.

Either way, it will be good to know some of the differences between the new and the old to stay ahead of the game. So here are some of the most notable changes that occurred with the update.

There were a lot of compound words that were removed from the game, however, many still remain. The list below is some of the most well-known words that were taken out including "teabag", "throwdown", and more.

Another big shift was the removal of several contractions. This makes sense because there is no way to add apostrophes to make the words grammatically correct. Although, there were still some kept in the dictionary like "youve," "couldnt," and "werent." Below is a list of a few that were removed.

One variation that stood out was the removal of certain words ending with "nesses" like "accessiblenesses," "attractivenesses," "openheartednesses," and "praiseworthinesses." Even though these seem like the plural form of the words like "praiseworthiness," they're technically not valid words. However, there are some words like this that are valid like "playfulnesses" and "attentivenesses."

There were also some drops on short abbreviations and other unique words that are derived from their true spelling. These include words like "thanx," "wasup," "and "whatchamacallits" then abbreviations like "tel," "tem," "sui," and "zes."
Overall, the changes weren't too drastic. But it might seem weird when some rules apply to certain words while they don't for others. This is the case like when "teeshirt" is not valid but "tracksuit" is. Then how "youve" is valid but "youd" is not.

The Longest Words You Can Make in Words With Friends

The boards in Words with Friends and Scrabble have 15 spaces tall and wide. But, that does not mean you can play any 15 letter words. To create 15 letter words they have to be broken up into separate words because you only get 7 tiles at a...

2-Letter Words Cheat Sheets and How to Use Them

Download Portrait VersionDownload Landscape VersionIt can be difficult to come up with huge words to get a high score in Words With Friends. Especially when you're running out of space on the board and can't find anywhere to play.This is w...